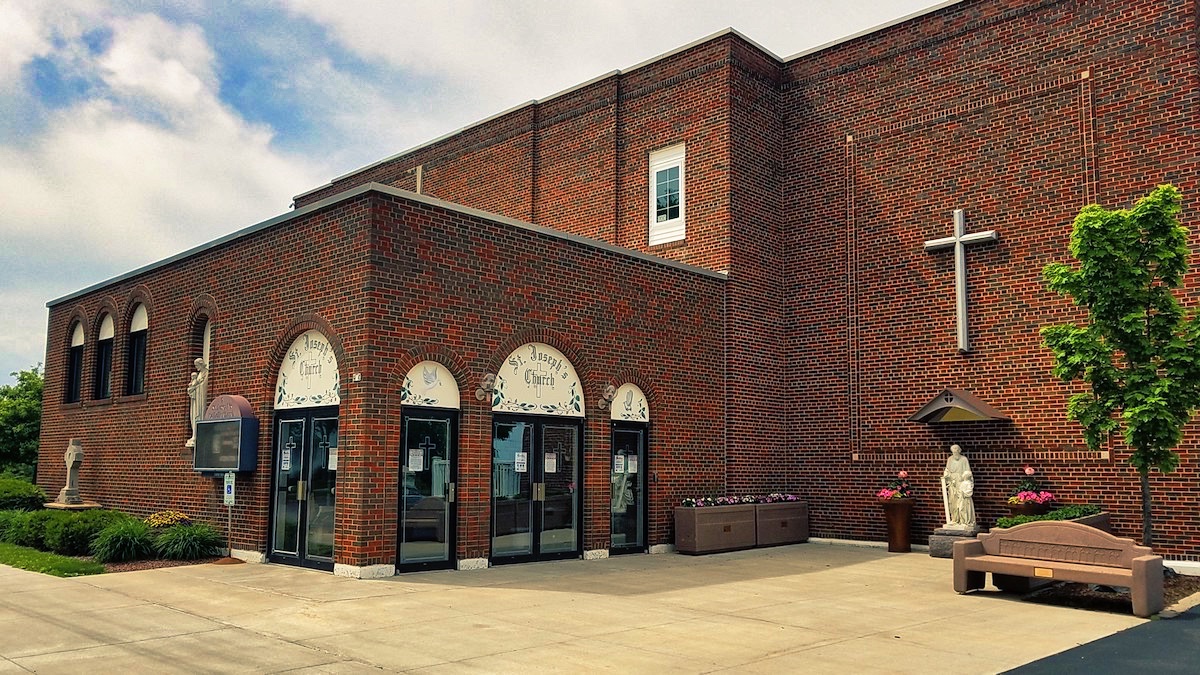 In 1902, the same year the rectory was completed, a wood frame building was built 100 feet to the east of the church to serve as a school and a convent house. It contained four rooms, two of which were used as classrooms for the children of the parish. The other two rooms were shared by the Franciscan Sisters who were the teachers and the house sister.

Eventually the need for more classrooms and room for the sisters became apparent. In 1916 a new, three story wooden home was built for the sisters. Today this building is located to the east of the Parish Center on 5th Avenue.

The children continued to attend school in the original four-room building they used to share with the sisters. Now there were two classrooms upstairs and two downstairs. The staff consisted of four Franciscan Sisters who taught 8 grades. Each classroom contained two grade levels. There was also a sister who taught music and one who was the cook.

As the church was only heated on Sundays for the 8 a.m. and 10 a.m. Masses, weekday masses for the children were said in a chapel in the school during the winter months. The priest, Father Schumacher came to the school every day for religious instruction. The children did not wear uniforms and there were no buses.

In April of 1939 it was decided to erect a Church-School combinations building out of brick. In July of that year the wrecking of the old church and the school began, and in August excavating of the new church took place. On May 14, 1940 the first Mass was said in the new church. Children began classes in their new school building on September 3, 1940. The school contained 6 classrooms.

To cope with the increasing numbers of students, a new addition of four classrooms and other utility rooms was added to the school This two-story addition boasted a basement and was completed in 1954. These additions are the four large classrooms on the upper and lower levels with the stairway on the West End. As the student

enrollment rose to almost 400 and the teaching staff of sisters also grew, a spacious block and brick convent just east of the school with an interconnecting passage was built in 1959.

In the early years, the school staff consisted of the Franciscan Sisters of Perpetual Adoration, but in time, a few lay teachers joined the staff. In 1950, the first lay teacher was Annette Knoll. The number of lay teachers increased until in 1996 there were no more sisters on the staff.

St. Joseph School is unique in that it shares a good relationship with the Stratford Public System. Students from both schools ride the same buses, participate in band and various sports and organizations together. During the school day, students in grades 5-8 may participate in Public School Band program. St. Joseph 7th & 8th grade students may also participate in the public school junior high choir program.

Physically, the school has gone through many changes, from simple paint color changes and switching rooms to adding windows to new heating systems. In the late 1990’s the Convent was renamed the St. Joseph Parish Center. The rooms on the Second Floor have provided additional space for school offices and work areas for the school teaching staff. Other rooms have been converted into living space which have been rented to families in the parish. The lower level of the Parish Center was converted to a Preschool Center in 2021.

In 1962 a young man graduated from St. Joseph Catholic School, and was to one day become Cardinal Raymond L. Marie Burke, mother of “our” Archbishop, was a long time teacher, aide, tutor, volunteer, and ever enthusiastic supporter of the school. In her honor, the Marie Burke Memorial Fund was established in 1996. Live performances at various theaters as well as Diocesan visits for the children of St. Joseph School has been made possible with this fund. 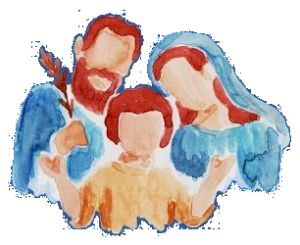 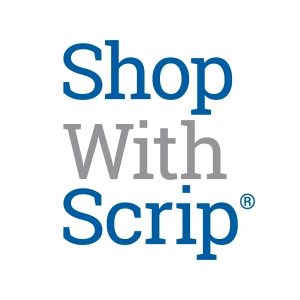